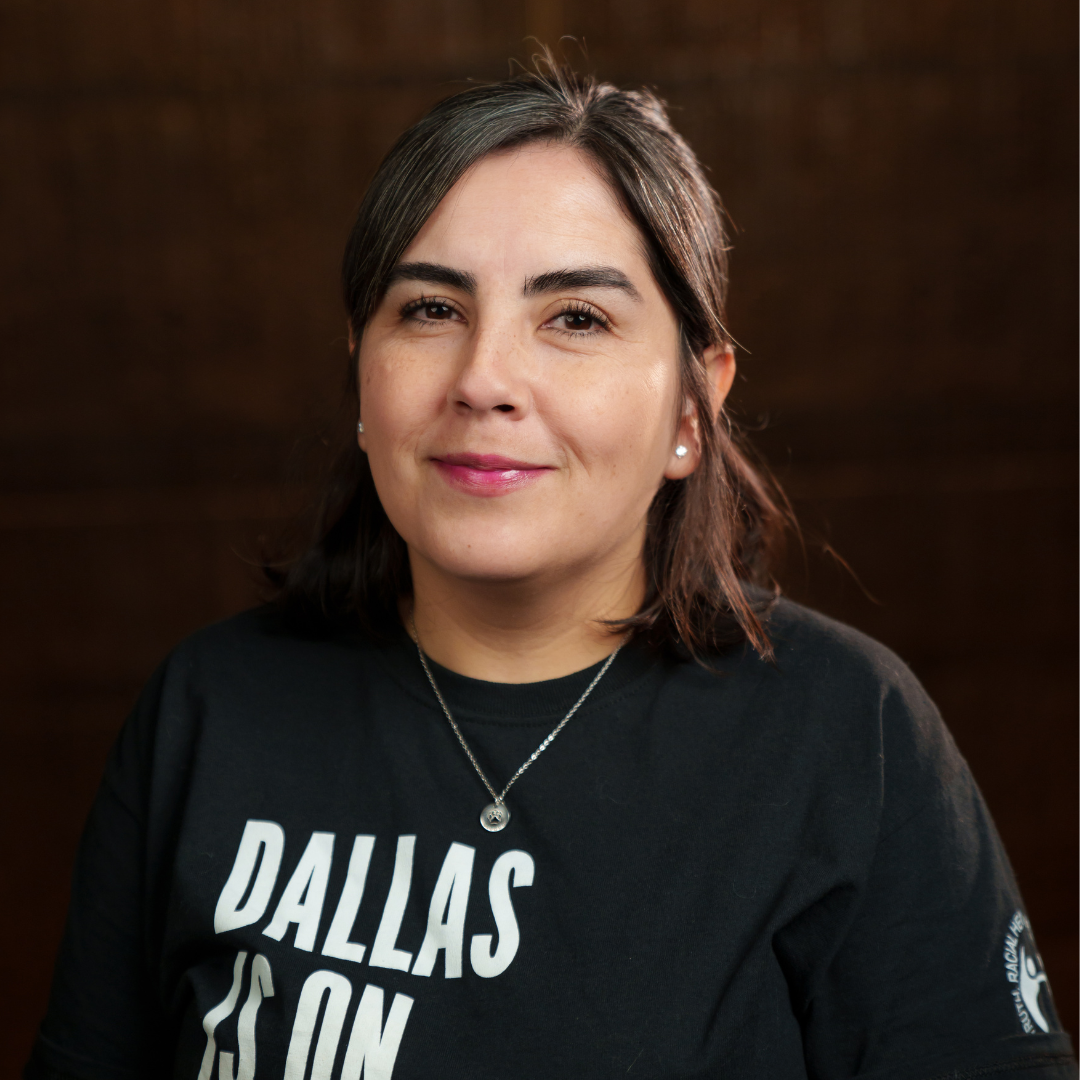 Veronica Alvarez Vega is the Director of Transformation at Dallas TRHT. Veronica is a native of Guanajuato, Mexico and originates from a small ranch and farming town known as Apaseo el Alto. She is a first generation immigrant and arrived to this country as an undocumented minor in 1987 together with her immediate family. As a tenacious and goal driven individual, Veronica has provided leadership in community engagement and relationship building for over a decade within the nonprofit sector. She has worked alongside local and statewide organizations to bring about transformative policies for city of Dallas residents through political activism and education.

Veronica holds a Bachelor's in Psychology and a Master’s of Education in Student Development and Leadership in Higher Education. As an immigrant rights activist, Veronica most recently obtained an Immigration Paralegal Certificate from The University of Texas . She has served as a legal advocate for domestic violence victims, asylum seekers and unaccompanied minors for over 20 years. She has earned additional certifications in the areas of Academic Counseling, Montessori Education and Non-Profit Management. She identifies as a lifelong learner and each of these areas of study define her interests and passions both in and out of the academic world.

As a community volunteer, Veronica provided guidance and education for over 4 years on labor rights at Workers Defense Project, Dallas. During her time with WDP, Dallas, Veronica also played a part in moving the City of Dallas’s rest break ordinance forward in 2016. Her work with Dallas Area Interfaith and families within the Bachman Lake Community led to revisions to the City of Dallas Housing Code that same year. For over 10 years she has provided support as a professional interpreter within community organizing, immigration and education sectors.

Prior to joining Dallas TRHT, Veronica served as the Family and Community Partnerships Coordinator for Lumin Bachman Lake Community School. Here she was able to utilize her strengths and leadership to grow and foster long standing community partnerships as well as connections with valuable stakeholders. Veronica served as a supportive voice for Lumin families by speaking alongside them before board members, city officials and legal entities about the racial inequities and disparities faced by the community at large. Veronica was invited to present at the annual Parents As Teachers Conference in Philadelphia in 2017 and once more at the Montessori for Social Justice Conference in Houston in 2018 about her community organizing efforts within the City of Dallas Housing Code division.

As Director of Transformation, Veronica aims to solidify and amplify relationships with current and future partners and organizations as well as enact transformative change through equitable policy building to ultimately create a radically inclusive Dallas.