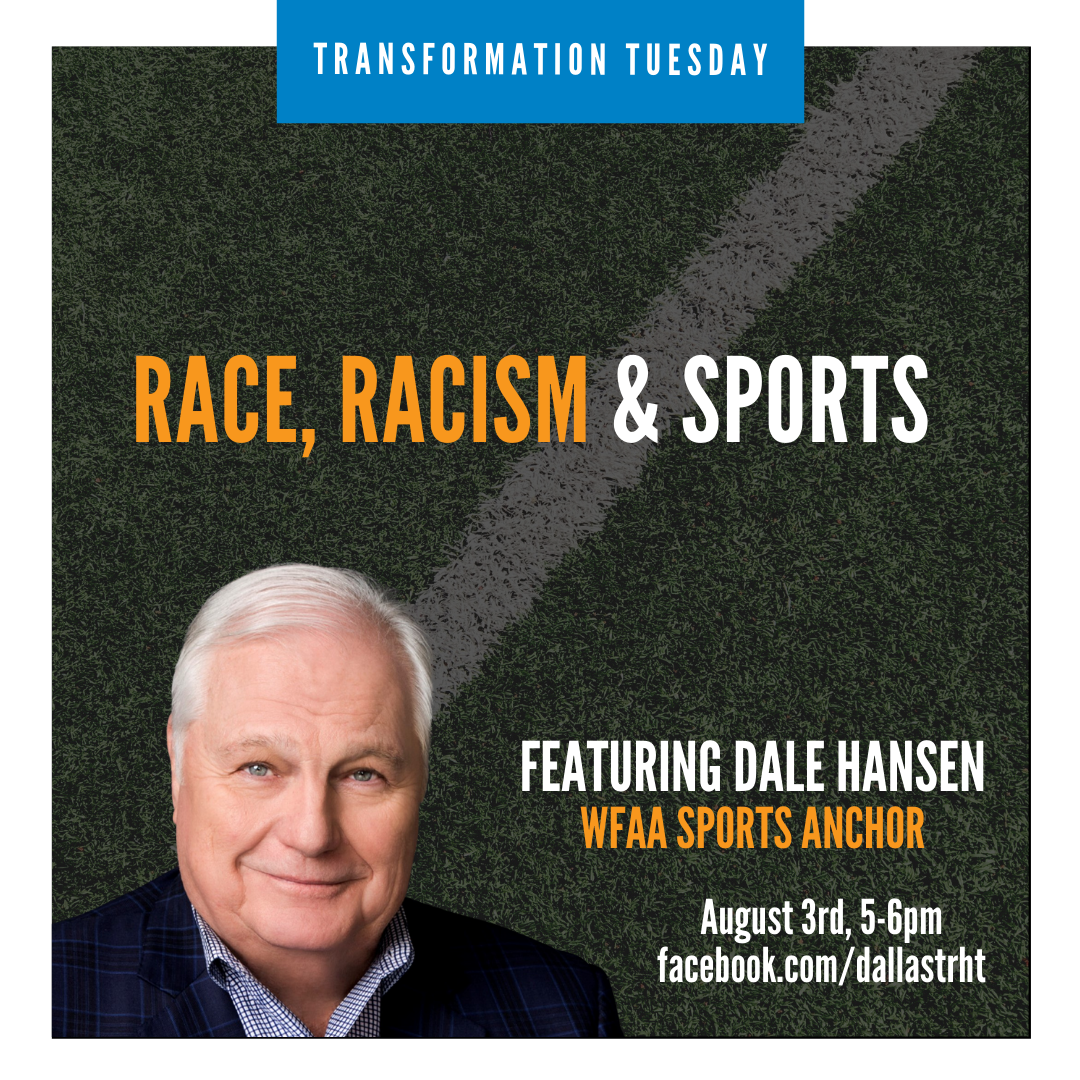 Dallas Truth, Racial Healing & Transformation presents Transformation Tuesday, a community-driven online series examining the ways race and racism impact every aspect of our lives, and what we as a community can do to change and transform it.

This month’s panel will focus on race, racism, and racial equity in sports and feature Dale Hansen.

Dale Hansen is the weeknight sports anchor during the 10 p.m. newscast on WFAA, Channel 8 in Dallas Texas. He also hosts Dale Hansen’s Sports Special on Sundays at 10:35 p.m.. He’s well known for his acclaimed “Unplugged” segments.

Hansen began his career as a radio disc jockey and operations manager in Newton, Iowa. This was followed by a job as a sports reporter at KMTV in Omaha, Nebraska. Hansen’s first job in Dallas was with KDFW-TV (Channel 4). He joined WFAA-TV in 1983.

In 1987, Hansen was honored with the George Foster Peabody Award for Distinguished Journalism. That same year, he won the duPont-Columbia Award for his contribution to the investigation of SMU’s football program. As a result of this investigation, the NCAA prohibited SMU from fielding a football program in 1987.

Hansen is the only local on-air broadcaster who has received the Radio Television Digital News Foundation’s Lifetime Achievement Award, which he received in 2019.

Hansen has been featured in The New York Times, The Washington Post, and on the Ellen Degeneres Show.